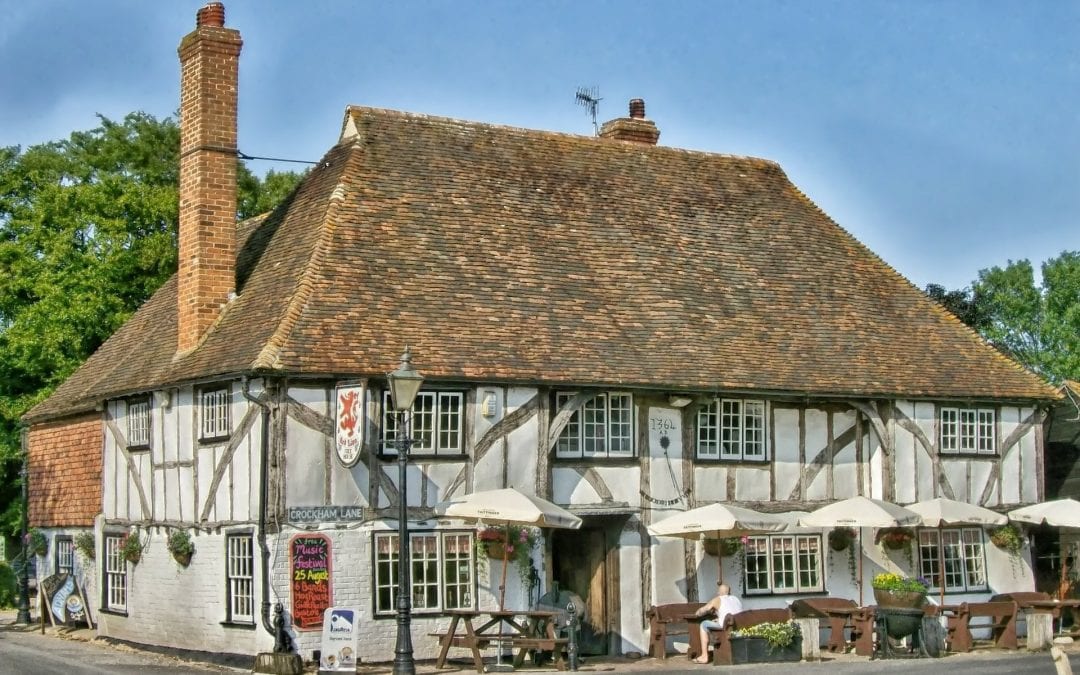 Most of us are familiar with a good pub, or at least pre-lockdown we were! If this is you, chances are you’re probably familiar with a Red Lion, the most popular pub name in the UK. You might also be familiar with bold claims from some of the UK’s biggest broadband and mobile providers. Whether it’s a giant red billboard promising all your money back if your broadband doesn’t quite hit the spot, or Kevin Bacon on our screens telling us who has the best network.

Question is, how much can we rely on these claims? Can everyday businesses and consumers genuinely benefit from these expensive marketing statements? The UK government claims to have already enabled ‘superfast’ broadband speeds for over 96% of UK premises. Claims such as these, as well as a host of other promises can be found on this page – the UK government has been cobbling together for the last seven years.

Now this is where the pub comes in; with such bold claims from the government, and from mobile and broadband providers alike, surely I should be able to sit in my favourite local (socially distanced of course), safe in the knowledge that I can jump on their ‘superfast’ connection, or make use of the very best mobile network. So, I thought I’d put these very claims to the test, in the pub!

As much as I’d have loved to tour 22 pubs across the UK to test this, I decided it’d be safer to undertake this as a desk study instead.

Let’s start off with the UK Government’s claim that over 96% of UK premises have access to ‘superfast’ broadband speeds (these are speeds over 24Mbps). In this research piece, only 77% of the areas studied could immediately access superfast broadband speeds. It may also come as a surprise that both the rural and urban areas of London studied could only access an average download speed of 3.75Mbps! When it comes to improving connectivity, Openreach historically tend to favour residential areas over business areas. For example, the City of London and business parks are often left far behind when it comes to connectivity. Maybe it’s because Openreach believe it’s more important to provide individuals with the benefits of faster Internet? Or, maybe it’s because Openreach would prefer to push higher end business products such as business-grade leased lines, which carry a far higher price tag.

We’ve all seen the adverts for ‘Superfast fibre broadband’. Who knew though, that fibre could be such a confusing term within the UK telecoms world. There are so many iterations and acronyms for fibre. Being from Jersey, when I think of fibre I think of the purest, cleanest type of fibre. Fibre-to-the-premise (FTTP). Think of a FTTP connection like your own private road with no tolls or traffic lights, getting you to your destination faster.

The UK Government are notorious for promising, and subsequently backing down on commitments on full fibre, 2025 was marked to be the year all households would have access to full-fibre broadband. Unsurprisingly, once the elections were over the Government began to back-peddle on this commitment.

Why is Jersey relevant in this context though, isn’t it just an Island known for Bergerac and milk? You might be surprised to know that Jersey is one of the best-connected places in the world and ranks as the third fastest place in the world when it comes to its broadband.

During lockdown, every single property had their broadband speed increased to 1Gbps. At no extra charge. This change was rolled out overnight with minimal effort. I find it frustrating that the UK Government aren’t taking part in enough joined up thinking with proudly digital destinations, such as Jersey, to deliver on their fibre commitments.

Coming from a place with 100% FTTP connectivity, I was surprised that this study found less than 5% of properties in the UK had immediate access to true fibre. 81% of properties have the potential to be connected, but the UK seems to be sat in a stalemate as to who should foot the bill for connecting each premise. Currently, if you’re the Red Lion in Northumberland, wanting to push beyond speeds of 22Mbps, you’ll likely be looking at a bill in the region of £5,000 to just install full fibre. I’ll leave you do the maths as to how many pints that is!

As our needs are rapidly changing, particularly with such a sudden shift to home-working. Could the pub, and other similar establishments, become the new workplace?

I’ll admit, it might be difficult as a ‘man on the street’ to understand exactly why this push for faster, and better connectivity is so necessary. Especially if you feel fairly content with your home broadband connection. Aside from those times your laptop starts updating while you’re watching Netflix, most of the time you might be able to tolerate your home broadband connection.

Now let’s imagine we’re taking this connection, putting it in our favourite Red Lion pub, and suddenly we have 10 customers, all trying to connect to the Wi-Fi at the same time. Plus, the card terminals in the pub, likely using a broadband connection, and maybe an office computer or two out back. This is the story that often goes untold. Small businesses, being disadvantaged or left behind because of a lack of available infrastructure. The speeds available now in the majority of these pubs, might just about serve their purpose for the business. Say however, they’re looking to offer free Wi-Fi to their punters, or maybe they want to improve their business security with IP based cameras. These options become problematic when the right speeds just aren’t available. Businesses can’t evolve, and therefore businesses may struggle to thrive, or even survive if they end up left behind.

While looking at the various connectivity options available in each area, it was encouraging to see that the world of mobile (which is typically less heavily controlled by a single giant)seemed more positive. Every Red Lion studied, in both rural and urban areas, all had access to good O2 mobile signal, both indoors and outdoors. Clearly the network of choice for those that enjoy their local.

Remember this ad? We’ve been told for the last five years that EE have the ‘best’ network. Maybe not if you’re a regular pub dweller though, 10% of the areas studied had no EE mobile signal available indoors? Giving EE worse coverage than O2 and Vodafone. And you won’t be getting any signal indoors in 45% of these pubs if you’re with Three. The specific mobile spectrum used by Three means that customers can benefit from vast outdoor coverage, but substantially limited indoor coverage. The signal cannot penetrate through building material as easily as the other operator’s spectrum can. Maybe this is a chance for Three customers to shut off a little though?

It’s likely you’ve heard of 5G as well – the latest innovation in telecoms that promises the best speeds you can possibly imagine (basically, everything we were promised with 4G?). When looking at the current 5G availability, it’s clear that operators have a preference for providing 5G in urban and city areas, with 64% of these areas already benefitting from 5G coverage. Compare this to rural areas, and only 9% of rural areas within this study have 5G enabled access. It should be noted that no one site could get 5G from all networks. So, having a socially distanced meeting at the pub may mean some of you been slower than others.

What does this all mean?

When we’re so immersed every day in expensive Saatchi & Saatchi campaigns and told by the government the many ways they’re keeping businesses going. You’d be forgiven for relaxing a little and trusting them. However, as a nation, we’re not great a staring our digital assets in the face and being truly objective. We become very caught up in figures, statistics, and promises, that we forget about what’s actually meaningful. People, and businesses, have a genuine need for great connectivity to achieve their goals. Wouldn’t it be great if you knew when exactly that was coming? We’re often ‘bamboozled’ by seemingly impressive statistics from Government. Figures come hurtling towards us, and we’re told how brilliant, or “on track” plans and projects are. Running brief studies such as these often show us a different story, let’s call it, reality? The only ones disadvantaged by these falsified and ‘worked’ statistics are small businesses up and down the country, who simply do not have any access to good connectivity. Unless they’re prepared to open their pockets and invest in expensive, and often unnecessary, high-end business services.