WHICH COUNTRIES ARE THE MOST CONNECTED? AND IT IS NOT WHO YOU MIGHT THINK. 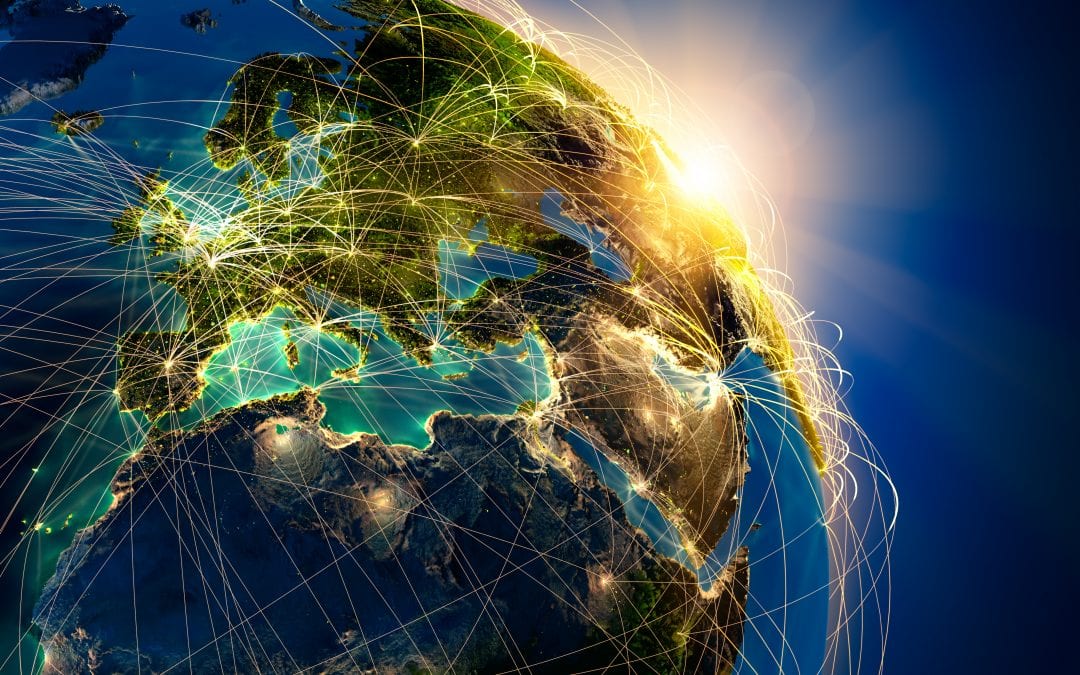 We are moving rapidly into the digital age and, as a result of Covid, we are seeing a large increase in home working. Would it surprise you that the top ten economies in the world do not all rank as the top best-connected destinations in the world? Only Japan ranks well in both indexes. As the third largest economy, based on its GDP, and as the fifth best connected country, in terms of its fixed broadband and mobile infrastructure. The other nine large economies appear below other destinations around the globe when it comes to their connectivity achievements.

It is recognised that infrastructure is key to a country’s future success. So, we have looked at four key areas to create an overall ranking for all the countries in the world. These were:

We omitted 5G as comparable data is still scarce but generally the countries that top our table are taking the biggest steps there as well.

So who are the best?

Think of those countries that come to mind in terms of innovation and technological advancement. America might be on that list, along with Japan, and Korea maybe. How about Scandinavian countries? We often rely on the media to tell us which countries are in the limelight, or which countries might be embroiled in some form of technology scandal. Some countries because of their smaller size will find it easier to rollout new technologies such as Singapore, Qatar and Hong Kong. Global rankings are available for different forms of connectivity, but there do not appear to be any reports which attempt to rank the combined connectivity infrastructure and place countries head-to-head at a global level.

In the late 1960’s ARPANET (Advanced Research Projects Agency Network), the first iteration of the Internet come to be. With the US Department of Defence funding the effort.

With the United States of America being the largest economy in the world, it is surprising to see the country ranks in position 22 in terms of its connectivity infrastructure. With relatively high broadband speeds, the US appears to be let down by its average mobile speeds and its low fibre penetration rate. Although, with the US holding host to the highest amount of web servers in the world this lower fibre penetration rate might not be such a disadvantage as it could be for other countries. This is partly due to the widespread use of cable in the USA which delivers high speeds.

Is our house in order?

Other large European economies also do not fare well with their connectivity efforts. Considering the significant focus the UK continue to place on creating a “Digital Britain” and using technology as the basis for sustainable business success. The fact we sit proudly as the sixth largest economy in the world, however our infrastructure ranks at an embarrassing 38th in the world, we must ask where our investments are going? An entire book could be written arguing the possible reasons for the UK’s failings in this area. In true British style we look for somebody else to blame, with the finger often being pointed at either the UK Government or at Openreach.

Avoiding a lengthy discussion and debate, we must ask how the United Kingdom has ended up as the sixth largest economy in the world with one of the worst fibre penetration rates globally. Falling behind European neighbours such as France, Italy and Germany who also sit rather low, and destinations such as Spain and Romania ranking well with their fibre connectivity. Maybe the UK Government will commission a lengthy, rather expensive paper, to defend this current position though?

The Case of Spain

When considering how the country propelled itself so rapidly ahead of the rest of Europe, it is impressive to see that a somewhat ‘hands-off’ approach to telecoms regulation possibly supported this infrastructure boom. Spain’s regulator (the National Commission of Markets and Competition) did not take a heavy-handed approach to the country’s dominant telco, Telefónica. There was no mandatory requirement for Telefónica to provide wholesale access to their network. Instead the regulator actively incentivised and rewarded operators for creating fibre access. This forward-thinking approach to infrastructure encouraged a variety of operators to create their own networks, and increased competition. Ultimately this gave Spanish consumers more variety and choice when it came to choosing the right fixed broadband provider for them.

In addition to the regulatory approach adopted by Spain, operators also benefited from access to great existing civil infrastructure. With easy access to manholes and ducts, fibre could be installed with far less disruption and road-digging than in other countries.

When appraising these high-ranking economies with the world-class connectivity, there is one notable consideration. Japan (8), Finland (16), China (9) and Sweden (7) are all home to some of the world’s largest telecoms vendors.

Companies such as a Fujistu in Japan, Nokia in Finland, Huawei in China and Ericsson in Sweden are the world’s largest suppliers of core telecoms infrastructure. These companies create, manufacture, and supply the equipment that runs mobile networks across the world, or the servers in an Internet exchange that get you connected online. Are these countries truly relishing the fruits of their labour? This could give probable cause as to how these countries have ranked in the top 20 for their connectivity infrastructure. Curiously, the United States of America (21) also hosts some of the largest telecoms vendors in the world, but only ranks, just, outside the Top 20.

Life at the Top

South Korea consistently takes the top spot in all areas of their infrastructure. Leading the way as an innovative destination for technology, home to Samsung and other technology giants. It is again important to consider exactly how South Korea earned their place at the top of this ranking.

In the 1990’s, the government made the decision to decentralise, and deregulate telecoms and IT. Mainly in an effort to promote competition and reduce barriers to market for new entrants. It is clear that South Korea takes its place at the top thanks to a combination of regulatory factors, similar to the approach taken by Spain; and industry factors as in the case of Japan or some Scandinavian countries.

Top of the Class

We have focused on the world’s top 60 economies (representing 95% of the global GDP) and evaluated their infrastructure ranking versus their GPD ranking. Below shows the top five best connected economies comparative to their GDP ranking. These destinations appear to be investing in their connectivity infrastructure in an effort to push their economy even further. All top five most improved economies all show positive GDP growth over the last ten years as well which could be said to go hand in hand with their connectivity performance.

On the contrary, the below shows the five lowest ranking economies. These countries do not appear to be investing in their infrastructure despite their high GDP. The UK actually is the bottom 5 for the divergence between GDP and infrastructure ranking. It is interesting to note the limited GDP growth of the majority of these economies. Nigeria and India has both invested heavily in 4G, rather than fibre. Nigeria has also received high levels of foreign investment, particularly from China.

The Future of Mobile

With 5G ready and on the brink of mass adoption, it is interesting to note the countries which are set to become the earliest adopters of the technology. The GSMA note the US, China, Japan, and South Korea as the destinations that are set to be the earliest adopters of 5G technology. Perhaps watching the US lead the way with 5G could help push them up on these infrastructure rankings?

When looking within Europe, it is interesting to note that Scandinavian countries seem to be leading the way with 5G too. Finland, Switzerland, and Sweden rank the highest for 5G readiness. Telefonica in Spain have just announced plans for 75% coverage by the end of this year.

The UK rank as the 7th most prepared country within Europe for 5G, similar to the US. Perhaps the UK may see substantial infrastructure improvements with a shift towards wireless connectivity?

Taking a look to the UK for a moment, a country obsessed with physical, tangible infrastructure. Airports, roads, trains, and other forms of transport are often very well catered for in the UK. Thanks to these provisions, the UK can be considered a great place to do business. But is our obsession with road and rail building meaning we are focusing on the communication mechanisms of the 20th century and not the 21st? The UK’s infrastructure allows free-flowing movement of goods and people. However, given that the top ten economies in the world appear lacking in their technology and communications provision, could this lead to longer term problems in terms of economic sustainability and growth?

Technology is often said to break down borders when it comes to doing business. However in this case it appears geographical boundaries could possibly stifle, or even propel, business potential.